The junction point for the entire space-time continuum...

It seems tomorrow is going to get slightly busier than expected. Besides going to Sandi Thom's gig (as I mentioned below), I've been called in to do a voice over and found out that I've landed a part in a viral for Getty Images which is also shooting tomorrow. To crown things off, the same company is asking me to audition for another project (guess when... that's right, tomorrow) and Siri and I have made plans to meet up for a "Valentine? Bah Humbug" coffee. Awesome.

Might go and ask Doc if I can borrow the DeLorian... 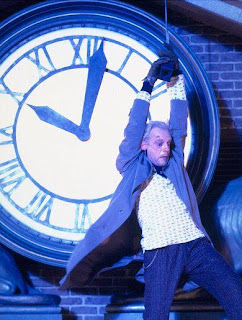